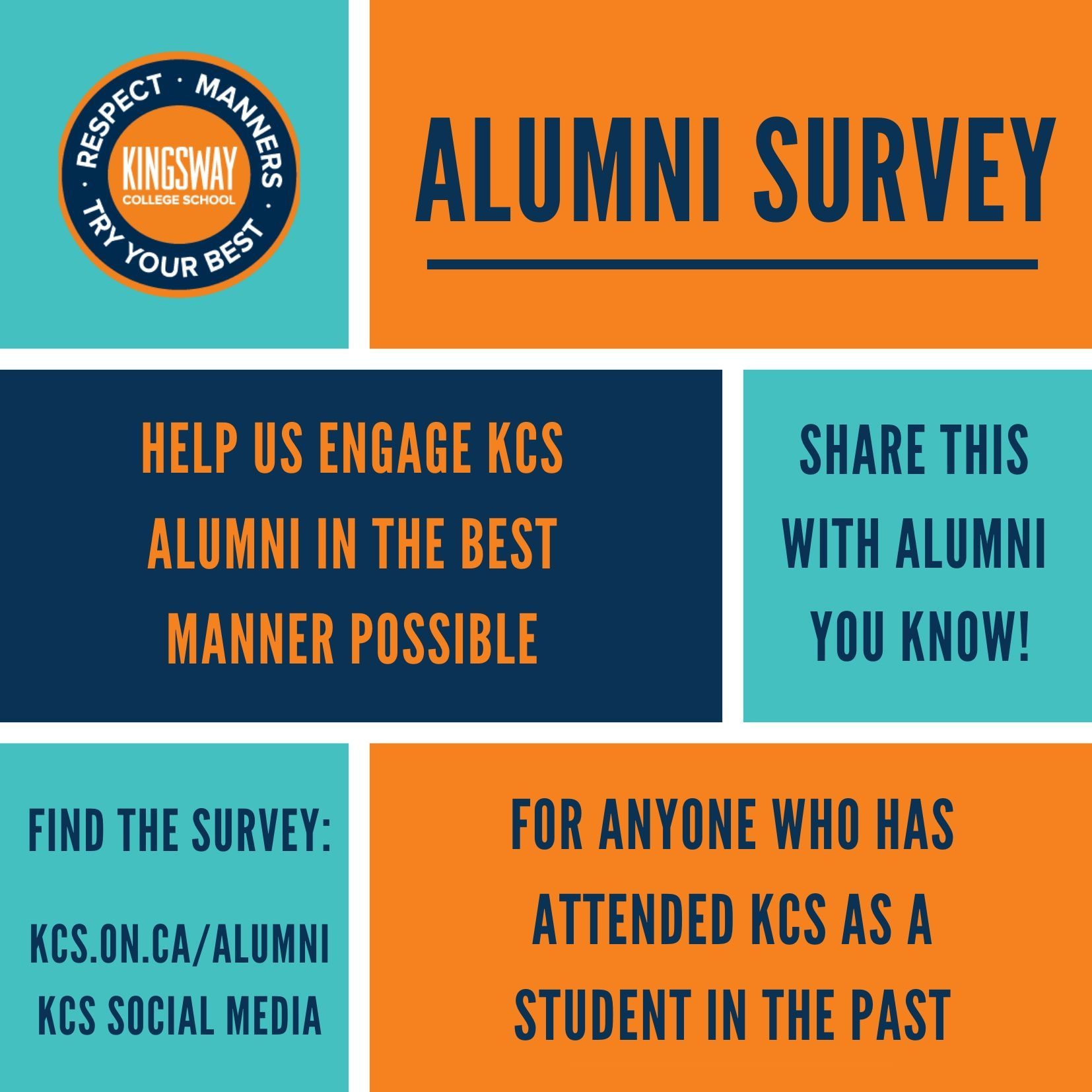 As a former student of Kingsway College School, you are part of a growing community who embody the KCS values and we are proud to recognize you as an integral part of the school’s heritage.

In order to develop an effective communication strategy for the KCS alumni community, we need your input!   Thank you in advance for your participation in this survey and your valued contribution to this important initiative.

Stay in touch with KCS!

We would love to hear what you have been up to since graduating from KCS. We are very proud when we hear stories about our alumni making a difference in their own lives, community and the world.

Have you considered volunteering at KCS?

Are you an alumni...

Please consider ‘sharing what you know’ and ‘leading to make a difference’ by volunteering at KCS!

Jamie Cameron, ‘97, KCS Alumni representative on the Board of Governors


After KCS, Jamie went on to Upper Canada College for high school, followed by Mechanical Engineering at Queen’s University and an MBA at the Schulich School of Business at York University.  Jamie spent the first half of his career in the tunneling industry, and has spent the last seven years as a Management Consultant at KPMG, currently as Senior Manager in their Infrastructure Advisory practice in Toronto.


Jamie has been volunteering with KCS since joining the Advancement Committee in 2014.  In 2018, he became a member of the Board of Governors. Jamie will be driving the Alumni Relations Working Committee to deepen the school’s relationship with our growing alumni community.


Jamie lives in Weston with his wife Melissa, a teacher, daughters Bowen and Maeve, and dog Cypress.
1 / 13

I just wanted to let you know that looking back on KCS, it was a really fantastic time.